Your session will expire in 0 minutes.

From Bullied Student to Mentor 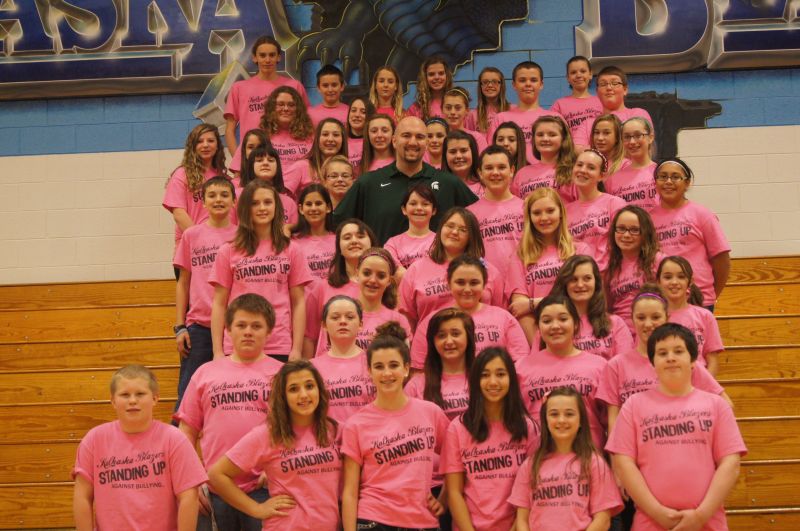 Our middle school had the pleasure of listening to Anthony Ianni speak about his challenges and the effects of bullying.

Anthony was diagnosed at the age of four with autism. His parents were told by many professionals that he would never be successful. They were wrong! He graduated from MSU with a bachelor of arts in sociology. Anthony played MSU basketball under coach Tom Izzo and received an athletic scholarship. He was a member of the 2010 and 2012 Big Ten Champion team as well a member of the 2010 Final Four Team!

Growing up he endured significant bullying due to the fact he was autistic and shot up to a staggering 6'9" at an early age.  He is setting out to reach 659 schools in just 1 school year! He is on a mission to eradicate bullying in the entire state of Michigan.

Our middle school students listened intently as he spoke about being bullied in school. He helped them realize that bullying has lasting effects on a person. Our students took a lot away from this presentation! A big group of them showed their support by wearing pink t-shirts that read 'I am taking a stand against bullying!"

At the end of his speech, Anthony was kind enough to autograph items for the students as well as take photos!

KMS wishes him the best of luck with his endeavor!